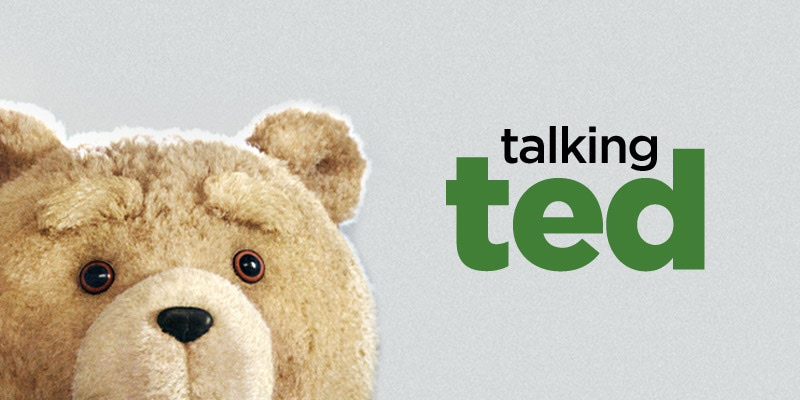 Meet Ted, the irreverent talking teddy bear from the creator of Family Guy, Seth MacFarlane. Make him smoke and drink until he passes out or recite lines from the movie all while recording a video of his hilarious hijinks that you can share to twitter, facebook, youtube, and email. Working closely with Universal Pictures and Media Rights Capital, Ten 5 Studio designed, animated and implemented this robust application for Universal Pictures to work on iPhone, iPad and Android Phones and Tablets. The app required complex marriage of user input and custom 3D animated sequences.

Talking Ted broke into the iTunes top charts, ranking #1 in the Entertainment category and #3 overall.  Along the way, the app has amassed over 13 million downloads and been nominated in many award competitions.  The TED campaign has been selected as a Silver Medalist in the Facebook Studio Awards, Bronze in the Key Art Awards & a Webby Award Honoree. 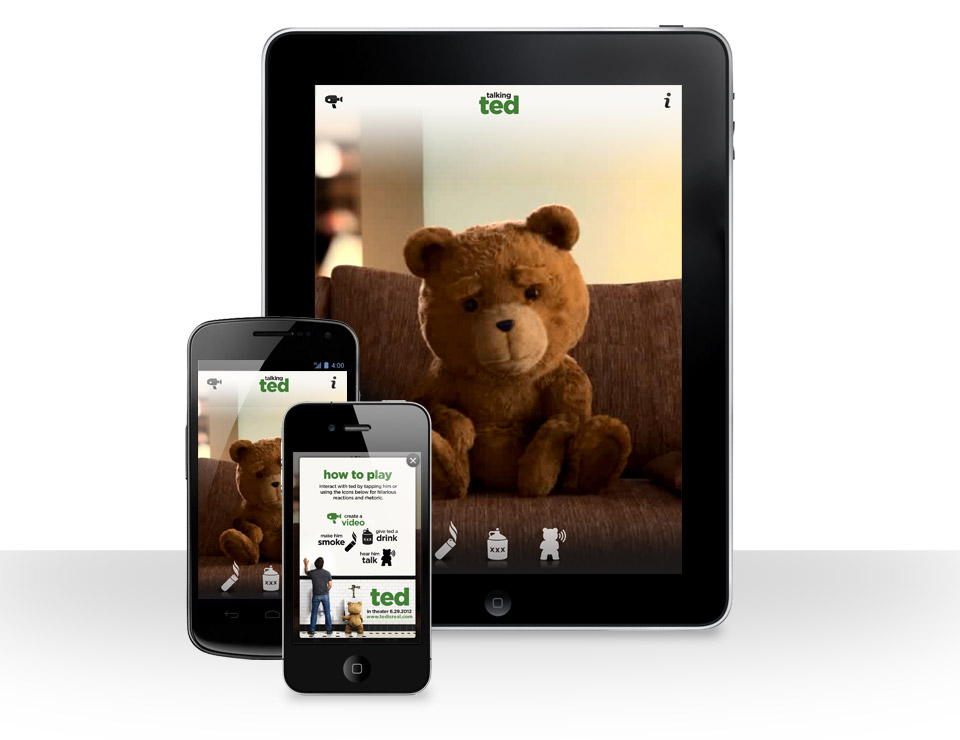